This solution is absolutely wireless. The only thing you need is the SIM card and also AC power.

Not only banks and insurance companies, but also service providers of telecommunication as well as energetic or other industries try to get closer to their customers. To achieve that, they move their sales staff from the buildings in the suburb into the city centre, more precisely into the shopping centres.

Moreover, using FDN (fixed dialling numbers) feature won´t allow your employees to call from the phone to any other than pre-allowed numbers.

Building such an “open space office” or a booth in the middle of the shopping centre corridor increases the visibility of the company and what´s more the people can approach its staff directly.

In order to overcome some limitations of similar offices, the main requirement is to make everything wireless and still preserve the look of a standard and reliable office representing the renowned company. This is perfectly solved by using JabloPhone whose only wire leads to the AC power socket. Moreover, using FDN feature (fixed dialling numbers) won´t allow your employees to call from the phone to any other than predetermined or pre-allowed numbers, so you will have a full control over the phone call costs.

This solution is absolutely wireless – the mobile desktop phone can be moved according to your needs wherever you want to. The only thing you need is the SIM card and also AC power. Fixed Dialing Numbers means you can set particular numbers to be dialled so you eliminate the possibility of unwanted calls and thus unexpected costs.

Use the VPN to stay in contact with your colleagues but still maintaining the comfort and the office functions of your desktop phone.

Impression of a proper office

Synchronize with Outlook and connect to cloud

Use the advanced functions as Call transfer or Conference call 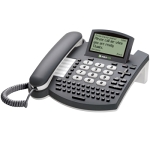